Participation in the Battles of Islam

Hadhrat Abu Bakr Siddeeq (Radhiallahu Anhu) participated in the battle of Badr as well as all the battles of Islam, fighting alongside Rasulullah (Sallallahu Alaihi Wasallam). During the battle of Uhud, when the Muslims suffered a temporary defeat and some began to retreat in panic, Hadhrat Abu Bakr Siddeeq (Radhiallahu Anhu) was from amongst those Sahaabah that remained steadfast defending Rasulullah (Sallallahu Alaihi Wasallam) and fighting for Islam. 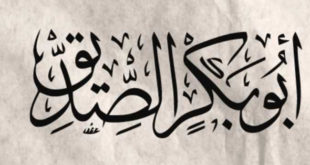 Powered by WordPress | Designed by TieLabs
© Copyright 2021, All Rights Reserved
Enable Notifications    OK No thanks